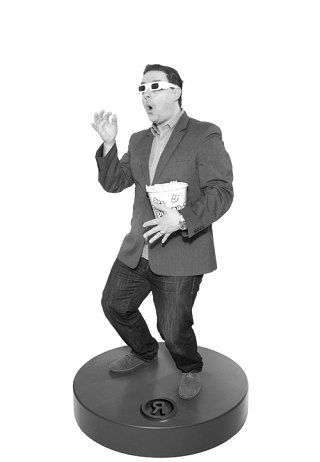 After his Mom snuck him into “Jaws” when he was 5 years old, DW was instilled with a passion for movies and a fear of great white Richard Dreyfusses.

DW graduated from Concordia University in Montreal with a BFA in film production and film studies. He started his career in the film-and-TV industry on The X-Files, leading to some terrible movies-of-the-week and eventually working his way up through the commercial production industry here in Vancouver.

After years working in production, he yearned to work at an agency and one day jumped the fence. He started at Academy, then Blast Radius and in 2013 DW joined Rethink as a broadcast producer.

DW’s varied resume includes being a media director in LA, Sir Ian McKellen’s assistant on a movie and the co-founder of a clothing line RYU – Respect Your Universe, Inc. In his spare time DW dreams of a world where useless movie and TV trivia will one day be more important than medical science.