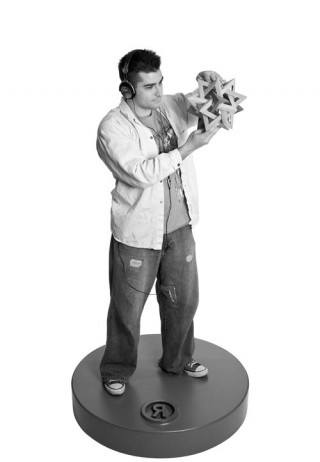 Ken is a graduate of Fanshawe College in London, Ontario. He holds a diploma in advanced multimedia design and production, and another in theatrical arts and production.

Ken’s previous career was as a theatre technician, which required him to wear many different hats— his work ranged from setting up gear onstage to taking apart $2,000 lights and repairing them. Ken started his new career with Rethink in the summer of 2009 in the Interactive department as a flash developer. He is one of those people who loves their job.

In his spare time, he likes to ride his bike around Stanley Park, go snowboarding, and explore Vancouver.