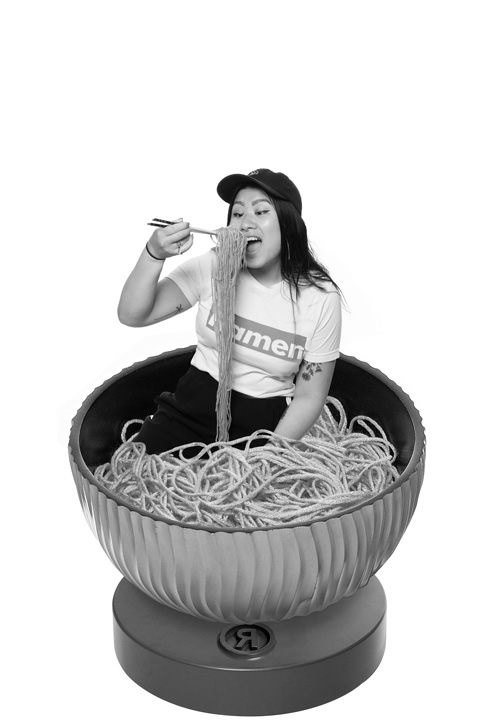 Tianna graduated from Kwantlen Polytechnic University with a degree in Graphic Design. Kicking off her career as Graphic Designer at lululemon lab, the company’s concept store, Tianna was initially set on life as a creative. However, a period of living and backpacking solo around Europe left her curious for the new and unknown, leading her to change track. She interned at Rethink before officially joining the team as Account Manager.

Out of the office, Tianna spends too much money on sneakers, takes photos of her parrot, Tango, and sings (very poorly) to Mariah Carey’s #1 hits. “Treat yourself” is her life motto, so expect to see her diving into a bowl of ramen, saying yes to dessert and then burning off all the guilty calories in a HIIT class.